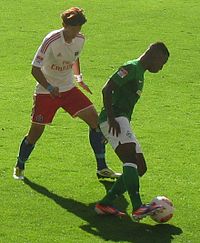 Originally a player of FC Seoul, he finished his development at Hamburger SV, where he made his debut in the German Bundesliga in 2010. In 2013, he moved to Bayer Leverkusen for a club record €10 million, and played for the club in the UEFA Europa League and UEFA Champions League. Two years later, he signed for Tottenham Hotspur for £22 million, becoming the most expensive Asian player in history.