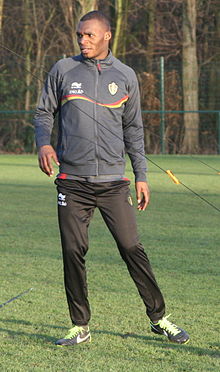 Christian Benteke Liolo (born 3 December 1990) is a Belgian professional footballer who plays as a striker for Premier League club Liverpool and the Belgium national team.

He began his career at Standard Liège, playing a part in their 2008–09 Belgian First Division triumph. Following a season at Genk he was signed for £7 million by Aston Villa. He scored 49 goals in 100 matches for Villa across all competitions, helping them to the 2015 FA Cup Final, and then transferred to Liverpool for £32.5 million.