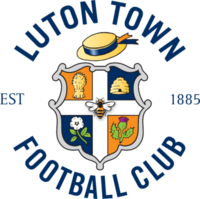 Luton Town Football Club /ˈluːtən ˈtaʊn/ is an English football club based since 1905 at Kenilworth Road, Luton, Bedfordshire. Founded in 1885, it is nicknamed "the Hatters" and affiliated to the Bedfordshire County Football Association. Its first team is contesting the fourth tier of English football, League Two, during the 2015–16 season. The club's history includes major trophy wins, several financial crises, numerous promotions and relegations, and some spells of sustained success. It was perhaps most prominent between 1982 and 1992, when it was a member of English football's top division, at that time the First Division; the team won its first major honour, the Football League Cup, in 1988.

The club was the first in southern England to turn professional, making payments to players as early as 1890 and turning fully professional a year later. It joined the Football League before the 1897–98 season, left in 1900 because of financial problems, and rejoined in 1920. Luton reached the First Division in 1955–56 and contested a major final for the first time when playing Nottingham Forest in the 1959 FA Cup Final. The team was then relegated from the top division in 1959–60, and demoted twice more in the following five years, playing in the Fourth Division from the 1965–66 season. However, it was promoted back to the top level by 1974–75.

Luton Town's most recent successful period began in 1981–82, when the club won the Second Division, and thereby gained promotion to the First. Luton defeated Arsenal 3–2 in the 1988 Football League Cup Final and remained in the First Division until relegation at the end of the 1991–92 season. Between 2007 and 2009, financial difficulties caused the club to fall from the second tier of English football to the fifth in successive seasons. The last of these relegations came during the 2008–09 season, when 30 points were docked from Luton's record for various financial irregularities. Luton thereafter spent five seasons in non-League football before winning the Conference Premier in 2013–14, securing promotion back into the Football League.

Solskjaer: I'm responsible for what's happening on the pitch

Mourinho's Tottenham 'not living up to their hype'

Can Leicester City cope with an injured Jamie Vardy?

Man United's Pereira, Maguire 4/10 in one of worst team displays of the season

Show me more statistics about Luton Town with

Luton Town was on 7 position during the following seasons:

Luton Town was on 8 position during the following seasons:

Luton Town was on 9 position during the following seasons: