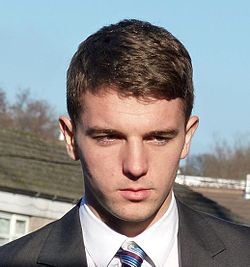 Jay Enrique Rodriguez (born 29 July 1989) is an English professional footballer who plays as a forward for Southampton and the England national team.

He began his career with his hometown club Burnley, for whom he scored 41 goals in 128 appearances across all competitions from his debut in 2007. In 2012, he joined Southampton for around £7 million, where his form earned him a first England cap, but missed over a year with injury.