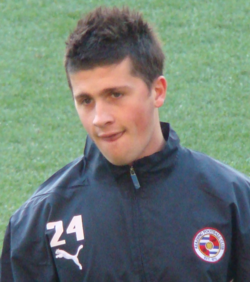 Shane Patrick Long (born 22 January 1987) is an Irish professional footballer who plays for Southampton and the Republic of Ireland national team as a striker. He is known as "a powerful, no-nonsense striker." He also played hurling for Tipperary in his early career.

Long began his football career at Cork City. He later moved to Reading where, among other achievements, he scored three goals in ten substitute appearances during his team's Championship-winning 2005–06 campaign, guided his team into the Fourth round of the FA Cup by defeating Liverpool in a third round replay match in 2010, and later won a player of the season award. He signed for Premier League side West Bromwich Albion in 2011 for a fee of £6 million, and joined Hull City in January 2014 then Southampton in August 2014.