Other Midfielders playing in Aston Villa 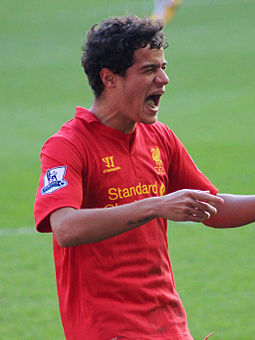 He began his club career at Vasco da Gama in Brazil before moving to Inter Milan in Italy, who loaned him to Spanish side Espanyol in 2012. In January 2013, he was signed by English Premier League club Liverpool for £8.5 million. His vision, passing, dribbling and long-range strikes have earned him the nickname Little Magician by Liverpool fans and teammates. Brazilian great Pelé tipped Coutinho for a "great future", after he was named in the 2015 PFA Team of the Year.