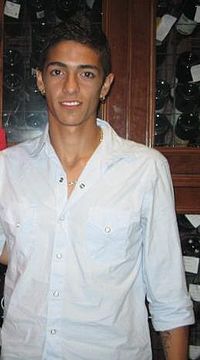 Manuel Lanzini (born 15 February 1993) is an Argentine footballer who plays as an attacking midfielder for English club West Ham United on loan from Al Jazira Club. He has previously played for River Plate and Fluminense and international football for Argentina U20. He is nicknamed "the jewel" and holds an Italian passport.