Other Defenders playing in Manchester United 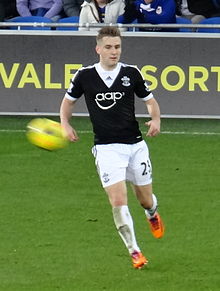 Originally a member of Southampton's youth system, Shaw made his first-team debut for the club in January 2012, and signed his first professional contract in May that year before becoming a regular in the Southampton team over the next two seasons. In 2014, Shaw was signed by Manchester United for £30 million, then a world record transfer fee for a teenager, which was previously held by Wayne Rooney, when he transferred to Manchester United 10 years earlier.