Other Defenders playing in Manchester City 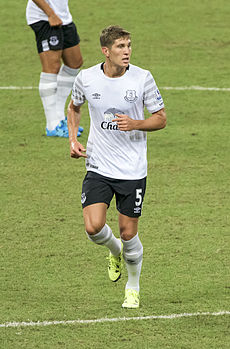 John Stones (born 28 May 1994) is an English professional footballer who plays for Everton and the England national team. Mainly a central defender, he can also play as a right-back.

He began his career with Barnsley, making his professional debut in the Championship in March 2012, before joining Everton for around £3 million in January 2013. Stones made his senior debut for England in 2014.