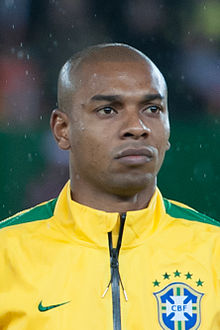 He started his career at Brazilian club Atlético Paranaense before moving to Shakhtar Donetsk in 2005, where he became one of the best foreign players to ever play in the Ukraine Premier League. With Shakhtar, he won six Ukrainian Premier League titles, four Ukrainian Cups and the 2008–09 UEFA Cup. He was voted by the Shakhtar Donetsk fans as the best Brazilian player to ever play for the team. A full international for Brazil since 2011, he was part of their squad which came fourth at the 2014 FIFA World Cup.