Other Forwards playing in Leicester City 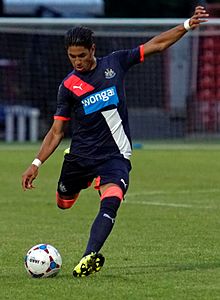 He began his career at hometown club CD Tenerife, where he received several personal awards for his performances in the 2013–14 Segunda División season before joining Newcastle for around €2 million.