Other Midfielders playing in Watford 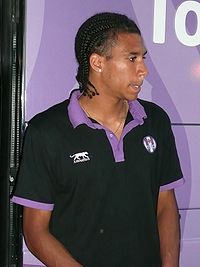 Étienne Capoue (born 11 July 1988) is a French professional footballer who plays for English club Watford. He can play as either a defensive midfielder or defender. Capoue was a French youth international having earned caps at under-18, under-19, and under-21 level. Capoue served as captain for a portion of his stint with the latter team. He is the younger brother of Boulogne player Aurélien Capoue.