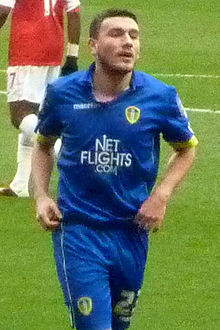 Robert Snodgrass (born 7 September 1987) is a Scottish professional footballer who plays as a winger for Hull City. He can also play as a forward. After playing for Scotland at various youth levels including under-21s, Snodgrass received a call up to the Scotland national team side in 2009, and won his first cap in February 2011.

Snodgrass started his senior career with Livingston. He also had a loan spell at Stirling Albion before moving to England in 2008, joining Leeds United. He helped Leeds win promotion to the Championship in 2010. In February 2012, Snodgrass was appointed captain of Leeds, but he rejected a new contract offer and moved to Norwich City in July.