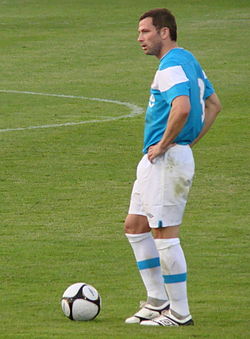 Phillip Anthony "Phil" Bardsley (born 28 June 1985) is a footballer who plays for Stoke City and the Scotland national team. Although born in England, Bardsley qualifies for Scotland through his Glasgow-born father.

Bardsley began his career with Manchester United where he made 18 appearances in five seasons at the club. During that time, he was loaned to several clubs, including Royal Antwerp, Burnley, Rangers, Aston Villa and Sheffield United.