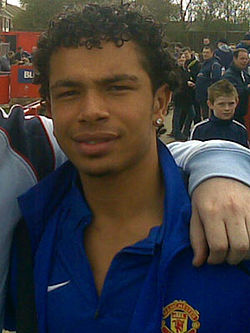 Kieran Edward Richardson (born 21 October 1984) is an English professional footballer who plays for Aston Villa. He is a left winger, but has proven to be versatile, having also played as a left-back, right winger, central midfielder and on occasion as a support striker. Richardson began his career as a trainee at West Ham United, going on to have extended spells at Manchester United, Sunderland and Fulham. He has also been capped eight times for England, scoring twice.