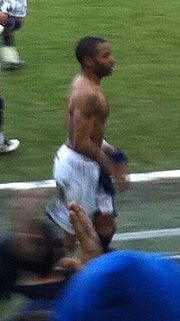 Jason David Ian Puncheon (born 26 June 1986) is an English professional footballer who plays in midfield for Crystal Palace. He is able to play on the left or right wing and sometimes plays just behind the striker. Following his goal against Everton on his Blackpool debut, he has scored in every division of English league football, scoring for Barnet in League Two, Milton Keynes Dons and Southampton in League One, Millwall in the Championship and Blackpool, Southampton and Crystal Palace in the Premier League.