Other Defenders playing in Southampton 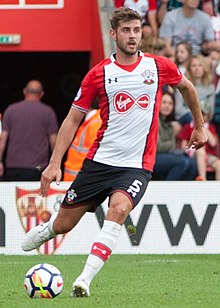 Jack Stephens (born 27 January 1994) is an English footballer who plays as a defender for Middlesbrough on loan from Southampton. Born in Torpoint, he began his career as a youth player with Plymouth Argyle, remaining with the club as a professional until 2011. Although starting his career as a right back, Stephens has recently been converted into a centre back. He can also operate as a left back, or in a defensive midfielder role, and has played internationally for the England under-18, under-19 and under-20 sides.