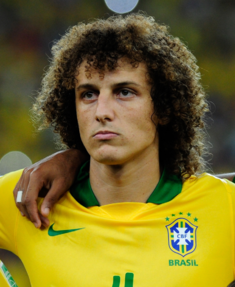 Primarily a central defender, he can also be deployed as a defensive midfielder. After starting out at Vitória, he moved to Benfica, remaining with the club five seasons (three complete). He joined Chelsea in January 2011, winning the Champions League and the FA Cup in the following season. In June 2014 he transferred from Chelsea to Paris Saint-Germain for a fee of £50 million (€62 million), a world record transfer for a defender.