Other Forwards playing in Brighton 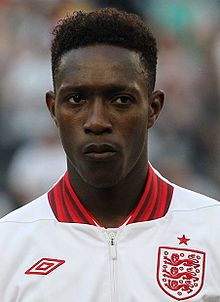 Daniel Nii Tackie Mensah "Danny" Welbeck (born 26 November 1990) is an English professional footballer who plays as a centre-forward for Arsenal and the England national team. He can also play as a winger.

Welbeck made his way through the youth teams at Manchester United before making his senior debut in 2008 and scoring in the process. He was with United when they won the 2008–09 Football League Cup and the 2008 FIFA Club World Cup before being sent on loan to Preston North End and more recently Sunderland. From the 2011–12 season, Welbeck was a regular figure in the Manchester United first team. He transferred to Arsenal in September 2014 for an estimated fee of £16 million.