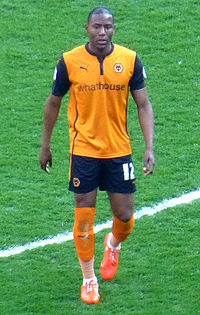 Benik Tunani Afobe (born 12 February 1993) is an English professional footballer who plays as a striker for Premier League club Bournemouth.

He made his debut for the Arsenal Reserves at the age of 16 and scored 20 goals in 13 appearances for Arsenal's under 18 squad. He signed a professional contract with Arsenal in February 2010, and was loaned to various clubs before signing for Wolverhampton Wanderers in January 2015. A year later, he signed for Bournemouth for Â£10 million.