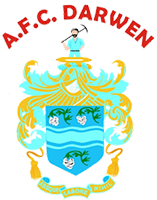 Darwen F.C. was a football club from Darwen in Lancashire, North West England. The team, formed in 1870, was an early pioneer of professional football in Northern England, reaching the semi-finals of the 1880–81 FA Cup. They were a Football League member from 1891 to 1899. Darwen joined the Lancashire League in 1900 and remained in regional football afterwards. They last played in the First Division of the North West Counties Football League in 2008–09, when the club was wound-up. A successor team, A.F.C. Darwen, was founded soon after. Darwen played their home games at the Anchor Ground.

The club originally played rugby football, as well as cricket. It adopted association rules in 1875.

Show me more statistics about Darwen with

Darwen was on 14 position during the following seasons:

Darwen was on 15 position during the following seasons: