Other Goalkeepers playing in Chelsea 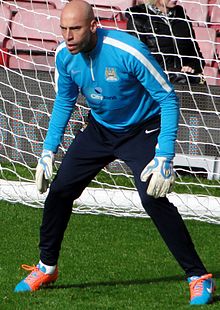 He spent most of his career in Spain, representing Elche and Málaga and competing in La Liga with the latter club. In the summer of 2014, he signed for Manchester City.