Other Midfielders playing in Southampton 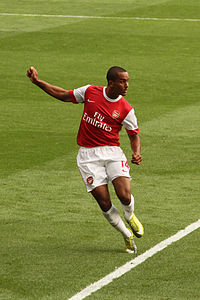 Theo James Walcott (born 16 March 1989) is an English professional footballer who plays as a forward for Premier League club Arsenal and the England national team. Walcott won the BBC Young Sports Personality of the Year Award in 2006.

Walcott is a product of the Southampton Academy and started his career with Southampton before joining Arsenal for £5 million in 2006. His speedy pace and ball crossing led his manager Arsène Wenger to deploy him on the wing for most of his career. In the 2012–13 season, a contract dispute led him to being played as a striker, before returning in the 2013–14 season playing on the wing once again.