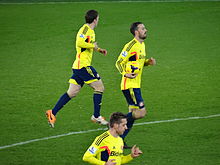 Fletcher began his club career with Hibernian, playing in 156 Scottish Premier League games and scoring 43 goals. English club Burnley paid a club record transfer fee of £3 million to sign Fletcher in June 2009. He was their top goalscorer in the 2009–10 season with eight league goals, but the club were relegated from the Premier League.