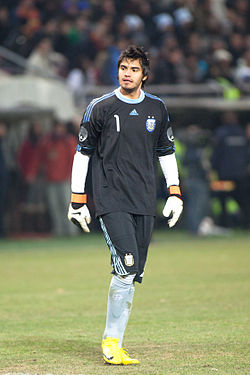 Sergio Germán Romero (born 22 February 1987) is an Argentine footballer who plays as a goalkeeper for English club Manchester United and the Argentina national team.

He made his debut with Racing Club in the Argentine Primera División in 2007 and then transferred to Dutch club AZ at the end of the season. He won the Eredivisie in 2009 and two years later joined Sampdoria.