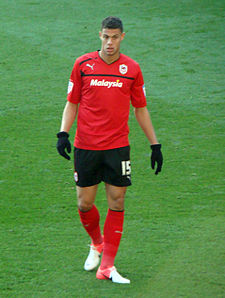 After coming through the youth ranks at FC Metz, he spent a year on loan gaining experience with AS Cannes, scoring four goals in 22 appearances, before returning to Metz in 2010. In the summer of 2011, he joined Cardiff City, and helped the club to secure promotion to the Premier League. However, he found first team chances limited with Cardiff at the start of 2013-14, joining Blackburn Rovers on loan in 2013. In January 2014, Gestede made a permanent transfer to Blackburn Rovers, and established himself in the first team, forming a prolific partnership with Jordan Rhodes in attack.