Other Defenders playing in Newcastle United 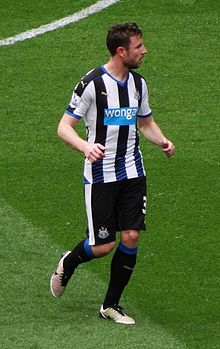 Dummett began his career with his local side Newcastle United. After progressing through the youth ranks at the club, he had loan spells at Gateshead and Scottish side St. Mirren. He made his Premier League debut in the 2013–14 season and scored his first Premier League goal against Liverpool on 19 October 2013.