Other Midfielders playing in Manchester United 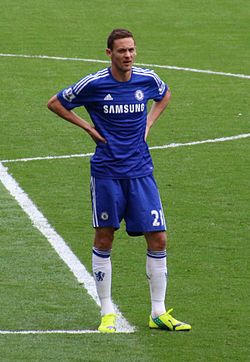 Nemanja Matić (Serbian Cyrillic: Немања Матић; born 1 August 1988) is a Serbian professional footballer who plays for English club Chelsea and the Serbia national team as a defensive midfielder. He is widely applauded for his consistently good performances on the pitch and is regarded by many as one of the best defensive midfielders of world football.

He began his career at Jedinstvo Ub and Slovak side MFK Košice before joining Chelsea for £1.5 million in 2009. Used sparingly during his first spell at Stamford Bridge, he spent the 2010–11 season on loan at Dutch club Vitesse, and in January 2011 he moved to Benfica in a swap deal involving David Luiz. Matić returned to Chelsea three years later, for £21 million. He has been a full international for Serbia since 2008.