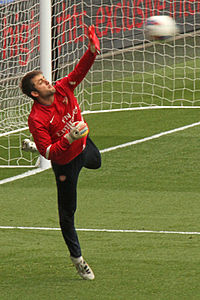 Having begun his career at Legia Warsaw, Fabiański joined Arsenal for £2.1 million in 2007, and was mainly used as back-up, but played as the club won the 2014 FA Cup Final. On the expiration of his contract in 2014, he joined Swansea.