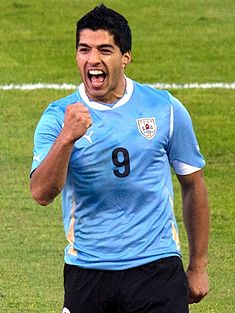 In July 2014, Suárez moved from Liverpool to Barcelona for a fee reported by the English press in the region of £75 million (€94 million), while Barcelona claim a fee of £65 million (€81 million), making him the third most expensive player in football history. The transfer took place after he had won the European Golden Shoe in the previous season with Liverpool. Suárez is widely regarded as one of the best strikers in the world.