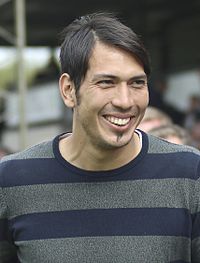 After starting out with C.A.I., he joined San Lorenzo in 2005, going on to spend the better part of the following years in Spain with Castellón and Almería, competing in La Liga with the latter club and also being Segunda División top scorer in 2012.