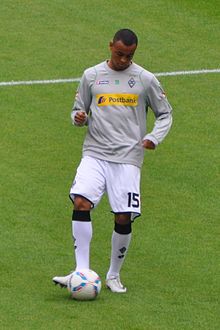 Joshua Christian Kojo King (born 15 January 1992) is a Norwegian footballer who plays for English club Bournemouth as a striker or a winger.

King was signed by Manchester United from Vålerenga in 2008. After loan spells with Preston North End, Borussia Mönchengladbach, Hull City and Blackburn Rovers, he signed permanently with Blackburn in January 2013. He switched to Bournemouth in May 2015.