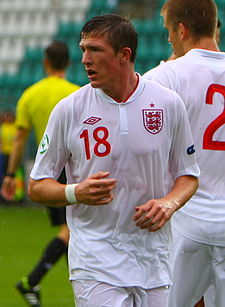 John David Lundstram (born 18 February 1994) is an English footballer who plays as a midfielder for Oxford United. He has also represented England internationally at under-17, under-18, under-19, and under-20 levels and has appeared in three official youth competitions for the Three Lions.