Other Goalkeepers playing in Tottenham Hotspur 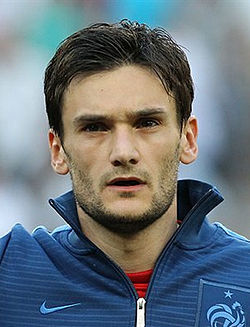 Hugo Lloris (French pronunciation: ​[yɡo joʁis]; born 26 December 1986) is a French professional footballer who plays as a goalkeeper and captain for English club Tottenham Hotspur and the French national team. Lloris is described as a goalkeeper who "boasts lightning reflexes and good decision-making" and is "a formidable opponent in one-on-one situations". Lloris also "commands his box well". Considered one of the best keepers in the world, he is a three-time winner of the National Union of Professional Footballers (UNFP) Ligue 1 Goalkeeper of the Year award.

Lloris began his career with hometown club OGC Nice. He made his debut as a teenager in October 2005 and started in goal during the team's run to the 2006 Coupe de la Ligue Final. After excelling at the club for three seasons, Lloris moved to seven-time Ligue 1 champions Olympique Lyonnais, amid interest from several other clubs, notably Milan. Lloris won several domestic awards in his first season with Lyon and, in his second season, earned award nominations at European level for his performances in the UEFA Champions League, which saw Lyon reach the semi-finals for the first time.