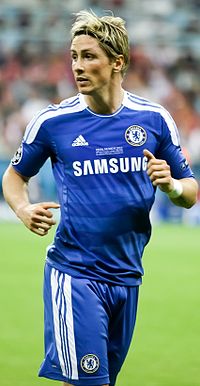 Torres started his career with Atlético Madrid, progressing through their youth system to the first team squad. He made his first team debut in 2001 and finished his time at the club having scored 75 goals in 174 La Liga appearances. Prior to his La Liga debut, Torres played two seasons in the Segunda División for Atlético Madrid, making 40 appearances and scoring seven goals.