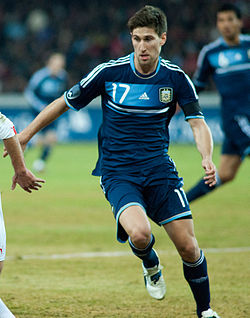 He began his career at Estudiantes de La Plata, where he reached the final of the Copa Sudamericana and won the Copa Libertadores, before moving to Napoli in 2011. He was used sparingly by the Serie A club, and spent time on loan at Getafe CF, before joining Swansea in 2014.