Other Forwards playing in Manchester United 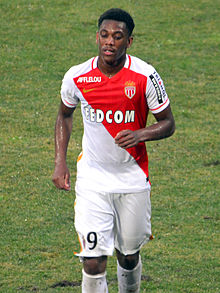 Anthony Martial (born 5 December 1995) is a French footballer who plays as a forward for Manchester United. Formed at Lyon, he transferred to AS Monaco in 2013 for a fee of €6 million, where he later became a regular. Two years later, he joined Manchester United for an initial £36 million, the highest fee paid for a teenager in football history. An international for France from under-16 to under-21 level, he made his senior debut in 2015.